Tokyo (VNA) – The Kyushu – Vietnam Business Association (KVBA) officially made its debut at a recent ceremony held in the city of Fukuoka, Japan.

The KVBA, made up of 25 member companies from the two countries, is responsible for providing economic information to its members; organization of workshops and conferences on business matchmaking; assist companies in researching markets and opening branches, representative offices and manufacturing establishments in the countries of others; and organizing fact-finding trips, among others.

Addressing the launch, Vietnamese co-chairman of KVBA Luong Lan Anh, who is also the general manager of joint-stock company JAT, said over the past 10 years of working with JapanThese partners, she still wishes to establish a Vietnamese business association in Japan that practically works for the good of society and creates lasting value for future generations.

The KVBA will act as a voluntary, non-profit community liaison organization, she noted. 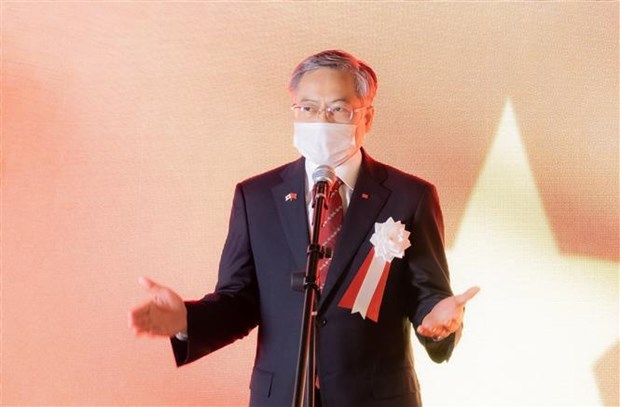 Junji Miyake, general manager of the company Sun Create Idea and also Japanese co-president of the association, appreciated the help of the Consulate General of Vietnam in Fukuokaadding that the KVBA will help connect businesses of the two countries and become one of their engines of growth in the Kyushu region.

The Consul General of Vietnam in Fukuoka Vu Binh was elected Honorary President of the association.

He described the establishment of KVBA as a living demonstration of the growth of the Vietnamese community, which is strongly linked to the flourishing strategic partnership between the two countries.

He expressed his hope that the association will live up to the expectations of its founders to bring benefits to members and contribute to Vietnam – Japan economic relations./.